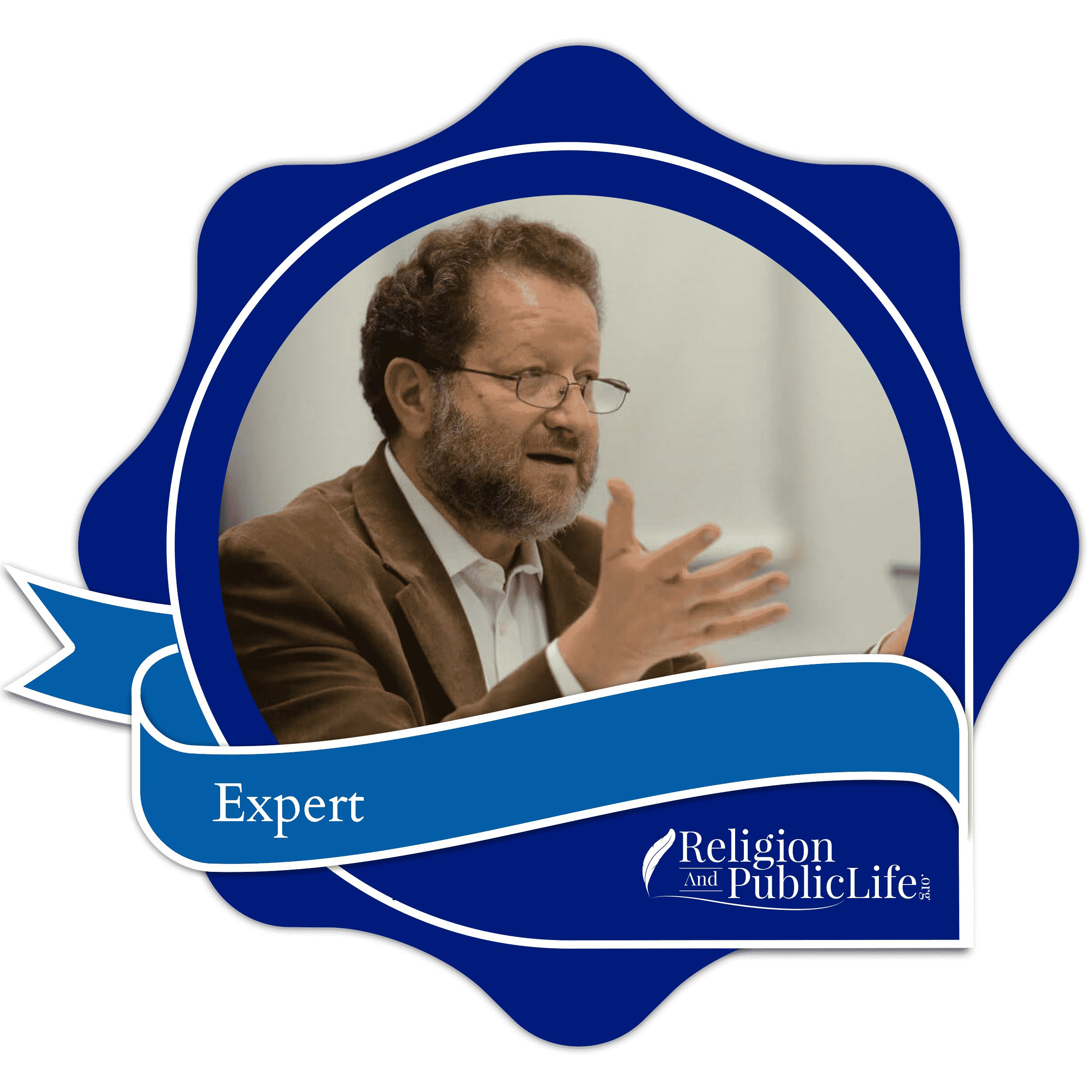 Dr. Yehezkel Landau, D.Min., a dual Israeli-American citizen, is an interfaith educator, trainer, consultant, and author active in Jewish-Christian-Muslim relations and Israeli-Palestinian peacebuilding for over 40 years.

While in Israel he was executive director of the Oz veShalom-Netivot Shalom religious peace movement in the 1980’s, then co-founder and co-director of the Open House Jewish-Arab peace center in Ramle in the 1990’s. From 2002 to 2016 he was a professor of Jewish tradition and interfaith relations at Hartford Seminary in Connecticut and holder of the Abrahamic Partnerships Chair.

He is the author of numerous articles and essays, both popular and scholarly, as well as the research report Healing the Holy Land: Interreligious Peacebuilding in Israel/Palestine, published by the U.S. Institute of Peace.

Feel free to message Dr. Landau through ReligionAndPublicLife.org or the mobile app and check out his website at www.landau-interfaith.com. 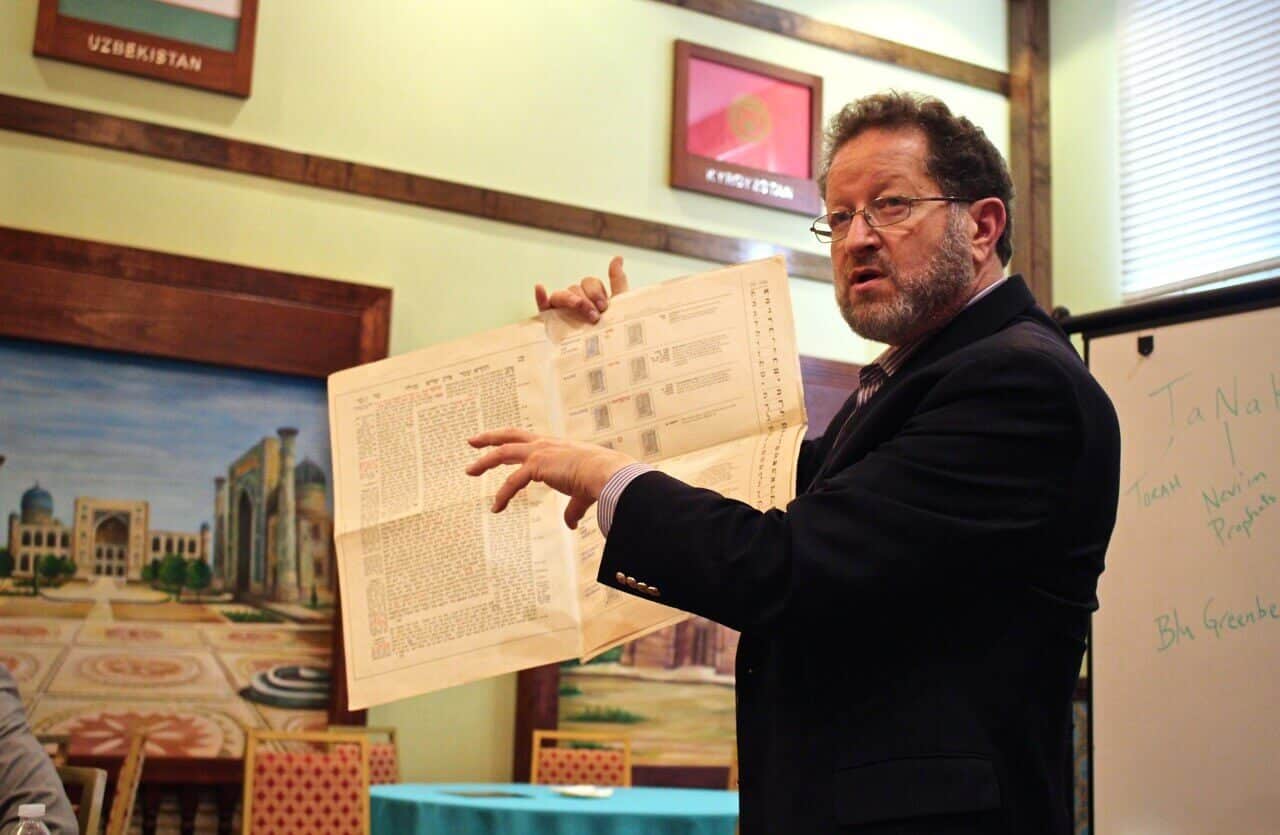 Teaching and preaching in religious and educational settings

His public speaking engagements in the U.S. have included presentations at the Chautauqua Institute, Vassar College, Drew University, Sacred Heart School of Theology, San Jose State University, Santa Clara University, the Our Muslim Neighbor conference in Nashville, the University of California in San Bernardino, St. Mark’s Episcopal Church in Fort Lauderdale, FL, and Bet Torah Synagogue in Mt. Kisco, NY, where he was a Scholar-in-Residence over a weekend.

In Princeton, NJ, a weekend visit included two teaching sessions on Shabbat at the Jewish Center, a sermon preached at Trinity Episcopal Church on Sunday morning, and then a joint gathering of both congregations on Sunday evening.

He is often invited to give lectures or preach sermons at synagogues, churches, and mosques.

In September, 2016, Dr. Landau delivered a presentation and moderated a panel at the Global Peace Leadership Conference in Belfast, Northern Ireland. 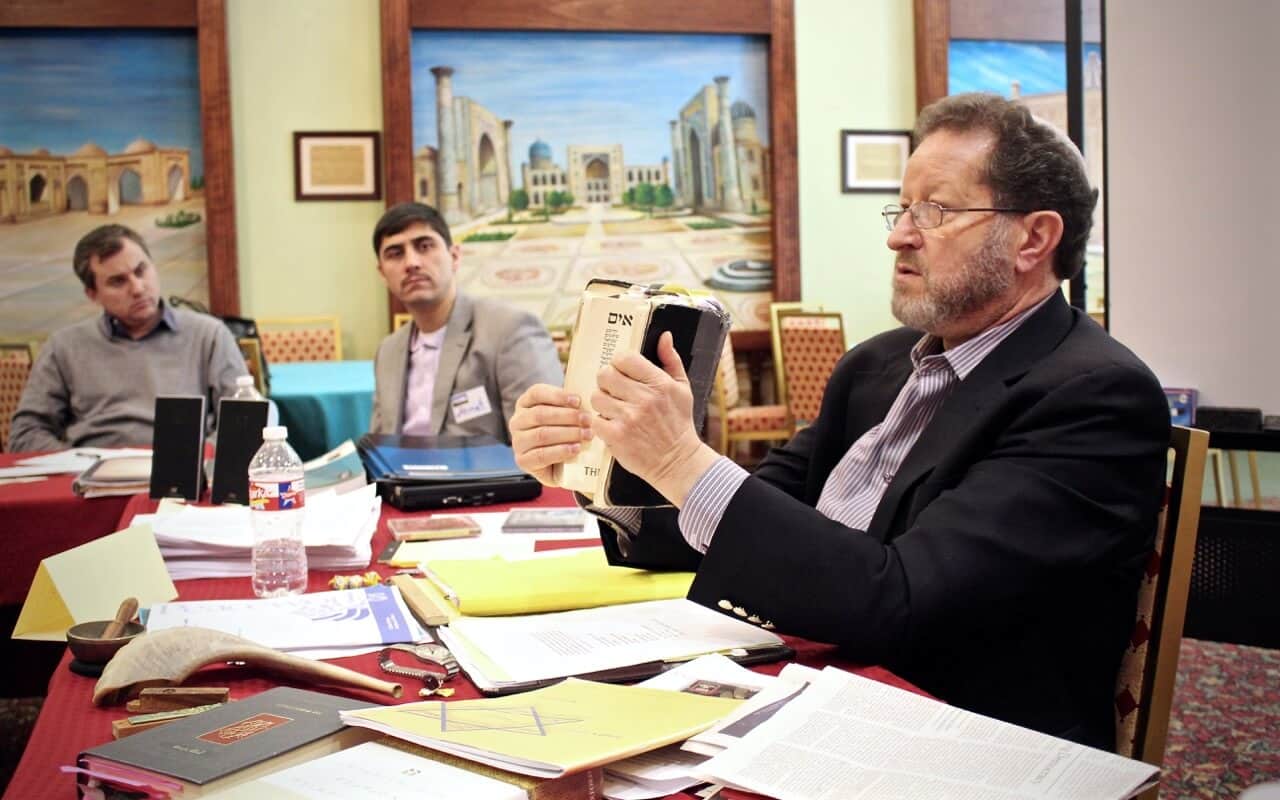 Interfaith engagement in schools and communities

From 2002 to 2016, Dr. Landau was a professor of Jewish tradition and interfaith relations at Hartford Seminary in Connecticut, where he held the Chair in Abrahamic Partnerships and directed the Building Abrahamic Partnerships training program for Jews, Christians, and Muslims. In the 2016-17 academic year, he was an Adjunct Instructor at the Boston University School of Theology, teaching a week-long course on “Skills, Tools, and Sensitivities for Interfaith Leadership” and a one-credit course on “Judaism, Islam, and Peacemaking” with Salma Kazmi.

In the 2017-18 academic year, Dr. Landau co-facilitated with Melina Rudman a monthly workshop series on “Meaning, Purpose, and Vocation” for faculty members and administrators at Bay Path University. In 2018 and 2020, he taught an online course for Doctor of Ministry students at Union Theological Seminary on “Interreligious and Intercultural Engagement.” And in June, 2018, he taught a week-long seminar on “Spiritual Resources for Interfaith Peacemaking” as part of the annual Maryknoll Mission Institute in Ossining, NY.

In 2019, Dr. Landau taught an online course on interfaith leadership skills and resources for Hartford Seminary and an online course for Merrimack College on “Spirituality in a Religiously Diverse World”.

In earlier years he taught courses at Drew University, Connecticut College, Seattle University School of Theology and Ministry, the Maryknoll Institute for Justice and Peace, Bard College, and Tufts University. In Israel he delivered lectures and taught courses at several Christian institutions, including the Tantur Ecumenical Institute, St. George’s College, the Sisters of Sion International Program at Ecce Homo, the Swedish Theological Institute, and Nes Ammim Village in the Galilee. 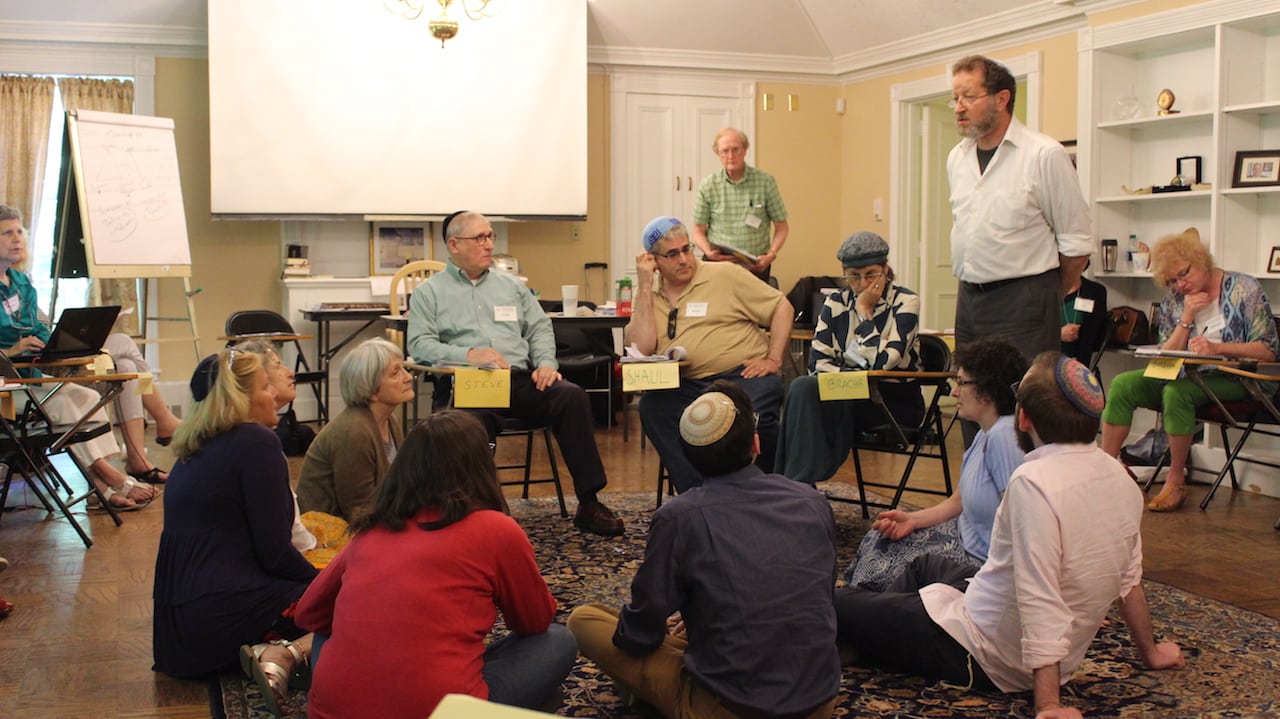 Dr. Landau has years of experience conducting seminars, workshops, and retreats for interfaith leaders and activists. At Hartford Seminary, his annual Building Abrahamic Partnerships (BAP) course brought Jews, Christians, and Muslims together for a week-long training that combined informative presentations, trust-building exercises, and devotional practices. In 2007, 2008, and 2009, he co-facilitated an advanced capacity-building training for veterans of the BAP course. He has facilitated similar trainings for groups outside the academy, including Canadian Military Chaplains, the Spiritual Life Center, the Fetzer Institute, the clergy leadership of Minneapolis, and a group of international religious leaders convened by the U.S. State Department. 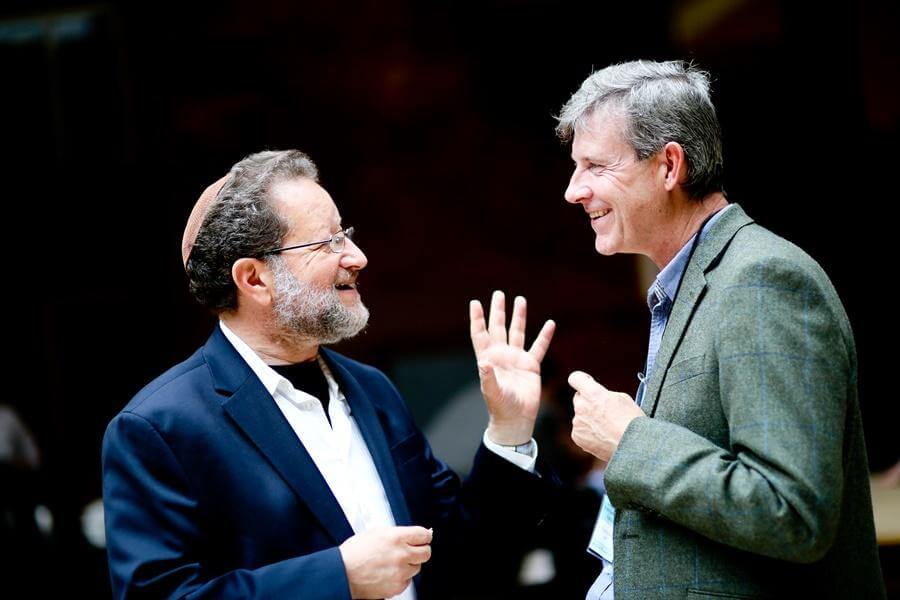 Dr. Landau offers consulting services in the areas of Jewish-Christian-Muslim relations, Jewish engagement of Muslims and Christians, interfaith leadership development, how to conduct conversations on Israel/Palestine, the theory and practice of religious peacemaking, and related issues.

His expertise has been sought by educational institutions, congregations, and community groups interested in pursuing interfaith initiatives.

In recent years he has been a Senior Associate at the Center for the Study of Jewish-Christian-Muslim Relations at Merrimack College; a member of the Advisory Council on World Religions and Spiritualities at the Fetzer Institute; a program consultant for the Drew University Center for Religion, Culture, and Conflict; a consultant to the CT and Western MA office of the National Conference for Community and Justice; a consultant to the Office of Religious and Spiritual Life at Vassar College; and a member of the Peacemakers in Action leadership team at the Tanenbaum Center for Interreligious Understanding.

He also serves on the Editorial Board of the Stimulus Foundation, a division of Paulist Press which publishes works in the area of Jewish-Christian relations, and on the Academic Advisory Board of The Foundation for Religious Literacy. 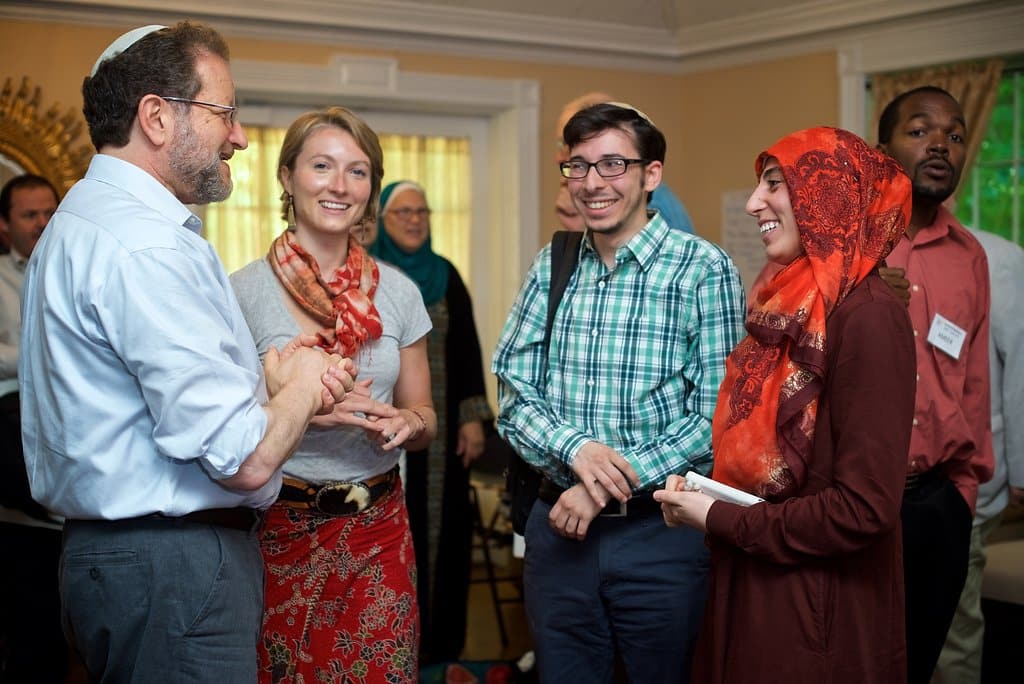 While in Israel, Dr. Landau served as program director of the Israel Interfaith Association from 1980 to 1982 and executive director of the Oz veShalom-Netivot Shalom religious peace movement from 1982 to 1991. From 1991 to 2003 he was co-founder and co-director of the Open House Center for Jewish-Arab Coexistence and Reconciliation in Ramle, Israel.

Since returning to the U.S. in 2002, he served on the board of Friends of Open House/USA and has written extensively on Middle East peace issues, especially the religious dimension of Israeli-Palestinian peacemaking. He authored a research report entitled HEALING THE HOLY LAND: INTERRELIGIOUS PEACEBUILDING IN ISRAEL/PALESTINE for the U.S. Institute of Peace and contributed a chapter on “Religion” to the ROUTLEDGE HANDBOOK ON THE ISRAELI-PALESTINIAN CONFLICT (see Resources section).

For his peacebuilding efforts in the Holy Land he was named a Peacemaker in Action by the Tanenbaum Center for Interreligious Understanding in New York City.

A profile of Yehezkel and his work on behalf of peace and justice appears in the book PEACEMAKERS IN ACTION: PROFILES OF RELIGION IN CONFLICT RESOLUTION, edited by David Little. With Joyce Schriebman, Dr. Landau co-authored a 20-page guide entitled HOW TO TALK TO JUST ABOUT ANYONE ABOUT ISRAEL-PALESTINE, which can be downloaded without cost at www.mybrotherfromanothermother.org

With Ms. Schriebman, Dr. Landau facilitates workshops for Jewish educators and rabbis, as well as other religious leaders, on approaches and tools for conducting fruitful encounters about the Holy Land, overcoming the polarization that too often characterizes these exchanges.

Our journey onto the global stage started when we met Yehezkel in 2004 at a Tanenbaum Peacemakers in Action retreat in Amman, Jordan, where he invited us to participate in a week-long course on the Abrahamic faiths that he directed at Hartford Seminary. In Hartford we met Yehezkel’s friend, Bryan Hamlin of Initiatives of Change (IofC), who invited us to an international, interfaith conference in Caux, Switzerland. Today our story is known throughout the world, largely thanks to the IofC-produced film, “The Imam and the Pastor.” In December of 2010, ahead of national elections in Nigeria that were threatened by violence, Yehezkel and two other Tanenbaum Peacemakers, Fr. Ivo Markovic and Azhar Hussein, spent a week with us in Abuja, Jos, and Kaduna. Yehezkel added a valuable Jewish and interfaith perspective in meetings with Nigerian Christian and Muslim leaders and in national television interviews. He is our Jewish spiritual brother, a cherished friend, and a dedicated peacebuilder.

You have already reported this .
Clear Clear All